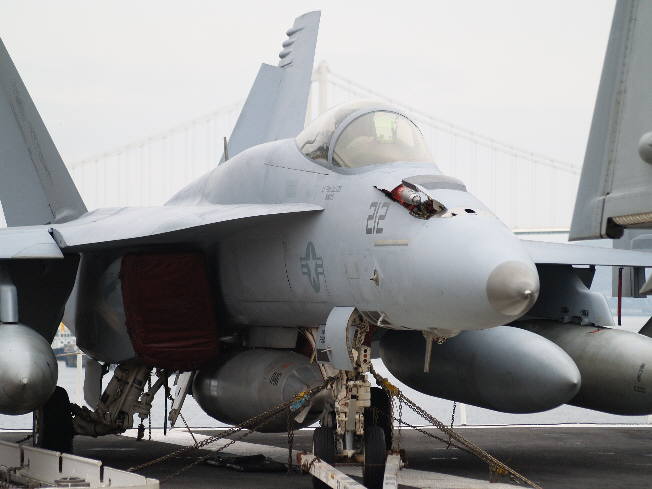 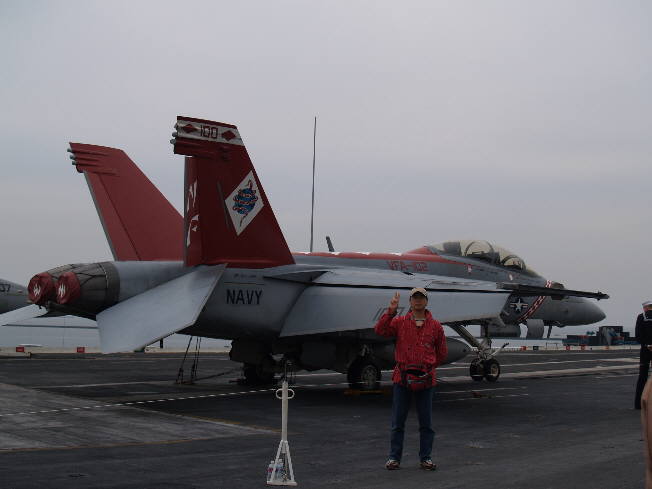 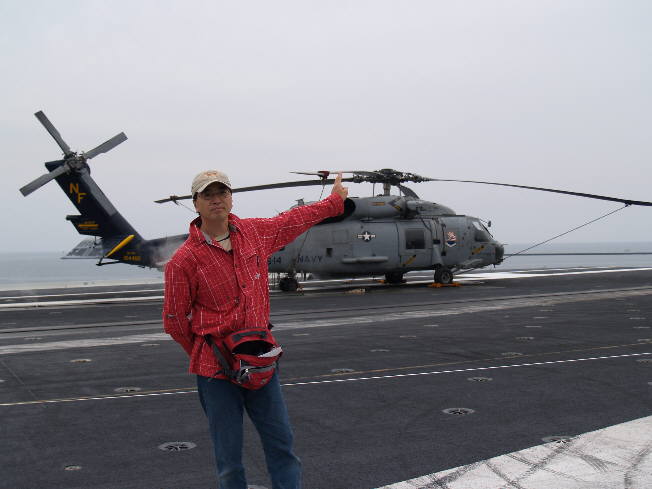 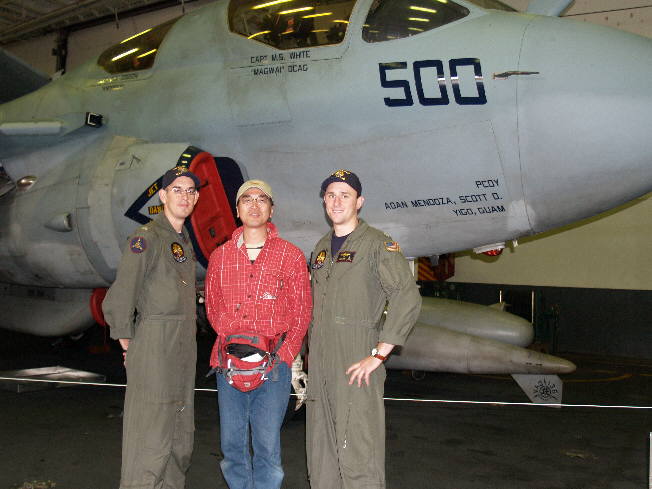 VAQ-136 Gauntlets' EA-6B PROWLERS are used for electronic warfare support of the strike force. The PROWLER’s sensitive receivers and high-powered electronic jammers enable its four-person crew to confuse enemy radar and radio equipment. The PROWLER is one of the most expensive planes in the air wing. 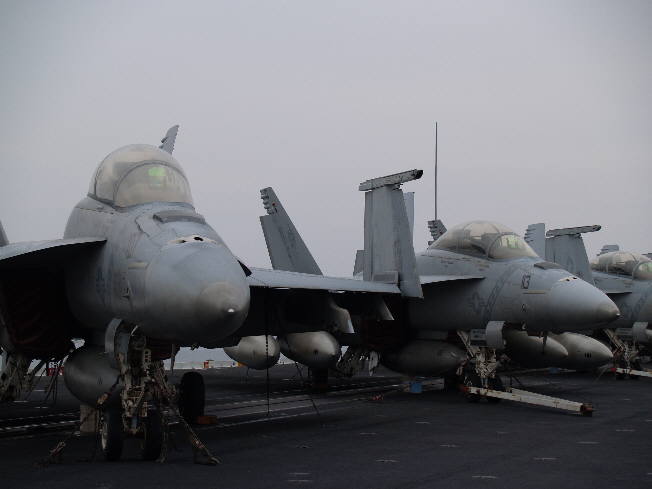 VFA-195 Dambusters' F/A-18C HORNETS are both fighter and attack aircraft. Superb flight characteristics and payload versatility make it a true force multiplier -- whether attacking targets with the strike force, or, with a change in weapons payload, flying overhead as an air interceptor. 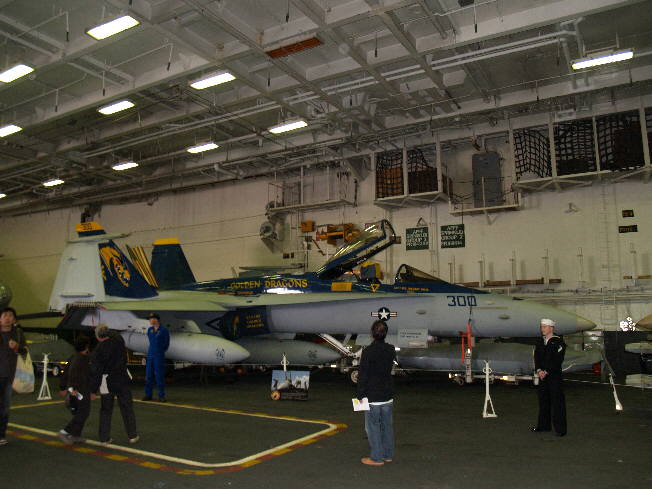 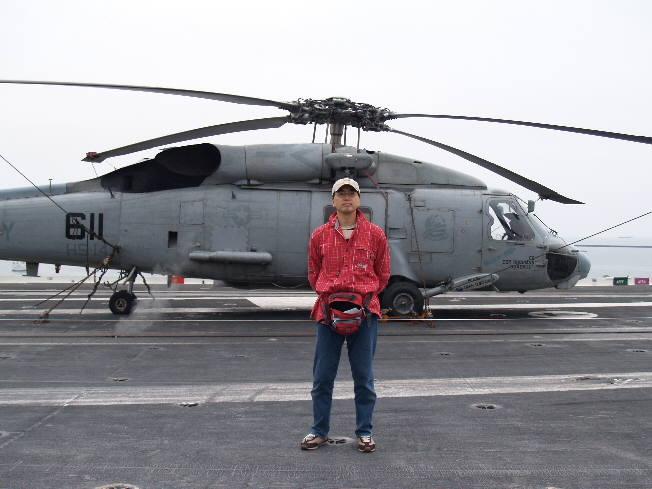 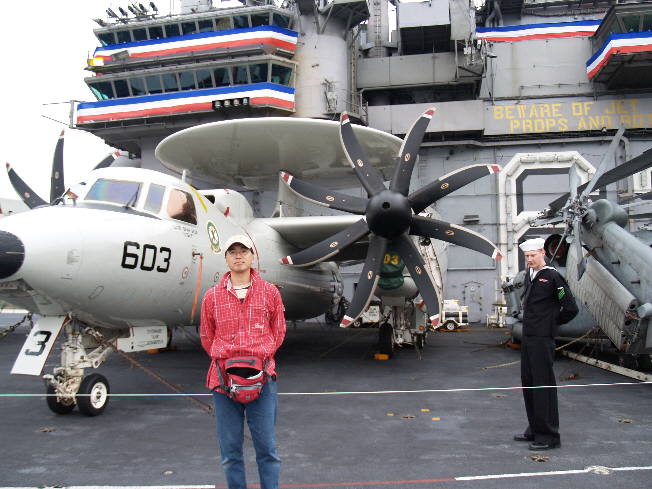 VRC-30 DET 5 Passwords' C-2A GREYHOUNDS, or Carrier Onboard Delivery (COD), are a welcome sight to the Kitty Hawk crew. In addition to bringing people, parts and supplies aboard, it is the primary means to bring mail from family members and friends ashore.